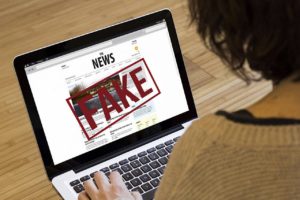 This summer, BadComedian blogger reported that the Kinodanz film studio sued him because of a review of their film. The reason is absurd – the excess of the permissible citation volume.

The bottom line is that citation rules are not set in local law. Therefore, it was obvious that the Kinodanz action was an attempt to block content that was objectionable to itself.

True, if the European Union adopts the “Copyright Directives”, blocking user content due to the same citation will no longer be absurd, but will become completely legal.

The Deputy Minister of Foreign Affairs of Poland Konrad Szymanski opposed the introduction of the law. The politician said that this system could lead to the adoption of rules similar to preventive censorship, and it is prohibited in the Polish Constitution and in EU treaties.

If the law comes into force, companies will be able to block objectionable content.
The bill has already been passed by the European Parliament and the Council of Europe.

In practice, this will be done as follows: in order to distribute copyrighted content, you need to buy a license from the copyright holder. A company can license one blogger and deny others, as they wish. The one whose content she likes will be able to freely talk about the company, the one whose content is not like will be subject to restrictions.

Because of this law, content may change beyond recognition. In particular, memes can disappear. They are based on shots from films, advertisements, news and more. If the “Copyright Directive” is adopted, the distribution of funny pictures and short inserts in the video may just be impossible. True, the European Parliament clarifies that memes will be an exception and will be able to spread without a license.