Main » News » The establishment of a monitoring center in Russia will cost almost 5 billion budget funds.

The establishment of a monitoring center in Russia will cost almost 5 billion budget funds. 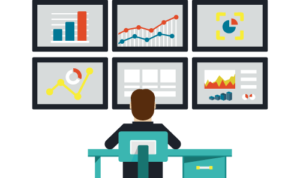 The Government of the Russian Federation intends to allocate from the federal budget subsidies of 4.96 billion rubles, which will be sent to create a Center for monitoring public communication networks and an appropriate information system. These funds are assigned to distribute Roskomnadzor. The same agency must choose an organization that will carry out all the work of creating the Center and receive appropriate subsidies.

Creation in Russia of the Center for monitoring and managing a public telecommunications network, which should take over the management of communications networks in critical situations – for example, in the event of a massive attack from outside that threatens the security of the Russian segment of the World Wide Web, as well as an information system (IS) for network monitoring and management connection, stipulated by the relevant Russian government decree №136 “On the establishment of the Center for monitoring and management of a public communication network”, which is the head of the Russian Cabinet of Ministers Medvedev signed in February this year. The document stipulated that Roskomnadzor and the Main Radio Frequency Center (HRRC) service will be engaged in the creation of the Center and the IS.

In addition, the creation of a unified Center for the management of communication networks, which will take over management in critical situations, and will be controlled by Roskomnadzor, is also mentioned in the sensational Federal Law No. 90-ФЗ “On Amendments to the Federal Law“ On Communications ”and Federal the law “On Information, Information Technologies and Information Protection” (in terms of ensuring the safe and sustainable operation of the Internet on the territory of the Russian Federation), developed by senators Lyudmila Bokova and Andrey Klishas and putatom Andrei Lugovoi, and signed by the President of the Russian Federation Vladimir Putin, May 1, 2019 – he is better known by the unofficial title “On the sovereign Runet” and “On the stability of the Russian Internet.”

The organization to be chosen by Roskomnadzor to create the Monitoring Center will need to develop software and hardware tools that can monitor traffic in the Russian Internet segment, monitor and manage the public telecommunications network, collect information about Internet addresses, domain names and numbers of autonomous systems and connections between them. Also on the agenda are work to ensure the security of the Russian segment of the Internet and the introduction and launch of “white lists” – filtering Internet traffic when children use information resources. The cost of this event, which is part of the federal project “Information Security”, is 120 million rubles.

Apply for the title of the executor of all these works and, as a result, a Russian organization that is not under foreign control and has no debts to the budget can receive a grant.

According to experts, the most likely candidate for this role is the “Main Radio Frequency Center” (HRDC). Initially, the role of the radio frequency center was to raise funds for the use of the radio frequency spectrum from telecom operators, and to conduct an examination of electromagnetic compatibility. Then, the creation of a media monitoring system for Roskomnadzor and the maintenance of the Registry of banned Internet sites became part of the duties of the HRCC.

According to experts, the organization, which the supervisory authority will select to create the Center, will be able to carry part of the necessary work to outsourcing, attracting third-party structures and companies. So, if in the current 2019 the cost of work under an outsourcing contract can be up to 95% of the total subsidies, in the next 2020 – no more than 70%, in 2021 – another 10% less, and from 2022 to In 2024, only up to 50% of the amounts received as subsidies can be spent on attracting third-party structures to work related to the operation of the Monitoring Center.

As the interested Russian media reported, in general, the Russian authorities are going to allocate 20 billion rubles for the implementation of the norms of the law “On sovereign RuNet”.