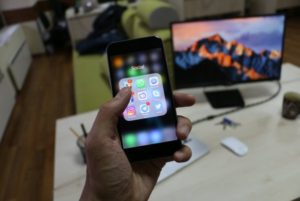 According to a source close to the development of the project, at the moment one of the regions of the country is testing the technology of DPI (deep packet inspection), which will have to block access to the Telegram messenger, and it will be able to restrict access to sites and services from the “black list”. This technology is able to analyze all the passing traffic and highlight the feature of a particular site or program. The equipment, worth 20 billion rubles, will be purchased at the budget expense and installed mandatory on the networks of large operators.

Currently, Telegram is blocked by IP-addresses, but this method is obviously not very effective, because the audience of users of the banned messenger continues to grow.

However, Roskomnadzor is unlikely to finally win the war against the brainchild of Pavel Durov. After the introduction of DPI, the developers of the messenger can begin to mask the traffic of the application, and then the technology for 20 billion will cope with its task only partially or will not cope at all.

Recall that the domestic telegram messenger was blocked on April 16, 2018 by the decision of the Tagansky court due to the fact that the developer refused to give the FSB keys to decrypt messages.

Interesting fact: after blocking the messenger audience increased by 31% and reached 3.4 million people.