A bug in Chrome 79 for Android deletes user data 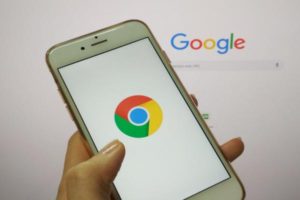 Google developers “forgot” to move some user data during the upgrade process.

Google has suspended the release of Google Chrome 79 for Android after developers of mobile applications reported a dangerous browser error that led to the deletion of user data.

The problem with Chrome 79 is that browser developers have changed the location of the Chrome directory. The company’s specialists admitted that they made a mistake with this operation and forgot to move the contents of localStorage and WebSQL to the new Chrome 79 library. LocalStorage and WebSQL are mechanisms that allow a website or application to store data on a device in the Chrome user profile directory.

During the upgrade to Chrome 79, applications lost access to all files and data stored in the old Chrome 78 localStorage and WebSQL folders. As a result, application users have lost data, settings, files, and even access to accounts.

According to one of the developers of mobile applications, because of this problem, encrypted data for authorization in the system was erased by more than 250 thousand users, and another two million will face a similar situation in the coming days.

Chrome 79 was released on Tuesday, December 10th, and the first error messages arrived on Thursday, December 12th. Developers stopped distributing the Chrome 79 update for Android, but 50% of OS users have already received the patch.

Specialists are currently working on an update that will fix the data transfer process. In addition, a subsequent update may lead to overwriting of new files created by users during this time, and new data loss.